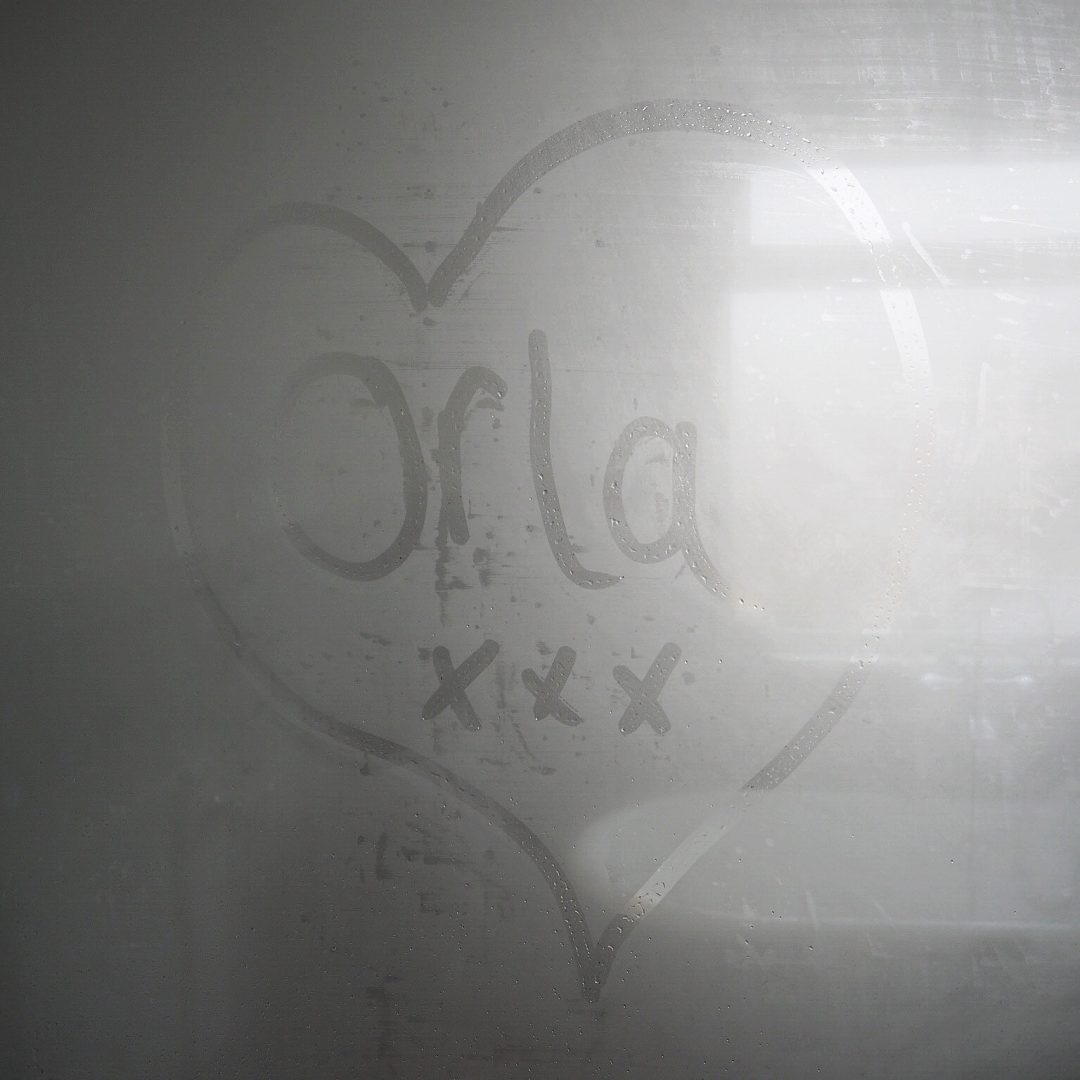 When Andy and I married just over two years ago, I decided that I probably wouldn’t change my name.  I hadn’t given it too much thought beforehand, but when it came down to it, I realised that I was quite attached my maiden name.  I had been Michelle T for almost 33 years, I had been Dr T for 5 of those and it suddenly felt like I would be giving up a huge part of my identity and hard work.  I toyed with the idea of having a ‘work name’ and a ‘home name’, but then I realised how much hassle and paperwork that would involve, so I decided to wait until I had a bit more time.  When I fell pregnant with Orla 16 months later, I started to think about it again, but by this point I was feeling a bit more ‘independent woman’ and thought that it wouldn’t and shouldn’t matter too much, but remained open minded about how I might view things once our baby arrived.

When we were told that Orla had died, I made a decision during labour that I wanted to change my name.  It was like an urgent and desperate need to feel as close as I could to both Orla and Andy; every inch of my being needed to do anything I could to be completely linked to my baby that I knew I would have to say goodbye to.  When we went to register Orla’s birth and death at the registry office, it broke my heart that I was recorded on her official forms with my maiden name.

One of the first tasks I did when we got home was to start this process.  In fact, I think one of the first times I left the house, Andy and I went to the bank so that I could change my name on my accounts.  I handed over our marriage certificate, terrified of being asked why, two years down the line, I had suddenly decided to become Mrs Cottle.  I wasn’t ready to say what had happened to Orla; how my life had completely been torn apart and how having the same name as my daughter was one of the only ways that I could feel closer to her.

In the weeks that have passed, in all the reading I have done and the new friends I have made, I have come to learn how important names are for those who have lost their child.  To have someone talk to you and say your child’s name is unbelievably touching.  It makes the hairs on the back of your neck stand on end and makes your heart warm.  It recognises your child as a person – a person who existed and who lived, even if just for the months that you carried them.  Orla Cottle is officially a person who graced this earth and I want to say and write her name every day for the rest of my life.

Just last night, I read a lovely blog post by someone who I now class as a friend.  She described how, as a loss mum, you always look for any opportunity to write your child’s name somewhere; pebbles, shells, leaves, the sand on the beach.  It is something that is almost impossible to understand unless you have lost a child.  Saying and writing their name is one of the only ways that we have to keep our child’s memory alive.

Today I was informed that someone I know (a good friend of a good friend) had a baby girl yesterday and called her Orla.  I’m not naïve to think that we own Orla’s name (a la Beyonce and Blue Ivy); it’s a beautiful name and I know that there have been many Orla’s before our precious daughter and there will be many afterwards.  But to learn that someone so close to my own life named their daughter Orla just 11 weeks after we lost our Orla completely threw me.  I am slowly learning to navigate a world that I know continues, despite mine being shattered; slowly coming to terms with knowing that people continue to have babies even though mine died.  When I see pregnant women, or people with babies that would be a similar age to Orla, it is like someone has stabbed me in the stomach.  It completely takes the air out of my lungs.  It’s a physical response that precedes any rational (or irrational) thought and it occurs almost every time I leave the house, watch the television or go on the internet.  There is absolutely no getting away from it.

To know that there is now a newborn Orla in such close proximity to my new and fragile life is heartbreaking.  It is like a door has been opened to show me a life that could have, should have, been mine.  A door that I didn’t choose to open and desperately want to shut.  My shattered heart feels like it has been ruptured again and the intense feelings of pain and loss have surfaced in a way that I wasn’t sure I was prepared for.  There will be an Orla that I could potentially hear about who will start to sit up, roll over and crawl exactly when my Orla should be doing the same.  And this won’t ever end; the milestones will always continue – first birthdays, starting school, going to college, getting married.  I will always, always wonder about my Orla and there will always be another Orla on the periphery of my life who will remind me of what could have been.

I’m not sure what I should do to protect myself; clearly I need to delete her as a Facebook friend.  But what if mutual friends like her posts and they pop up inadvertently and innocently on my feed?  Do I delete one of my closest friends in case she is by chance tagged in a photo with her?  Will she have to clarify in conversations that she has with others whether she is talking about Orla who lived or Orla who died?  Will she feel awful if she ends up accidentally talking about one of her best friend’s babies to me?

Today I feel sad for me.  I feel sad for Andy who has to scrape me up off the floor.  I feel sad for my oldest friend who is caught in the middle of a difficult situation.  I am happy that not all pregnancies have a tragic ending like ours and I would never ever wish this on anyone.  But I am sad that sometimes people make decisions without thinking about the devastating impact that they may have on others.

This was not at all how I anticipated this post would be; ironically, I had started writing about it before I heard the news and before I posted the picture of Orla’s name in the shower steam.  To many people this may seem like a completely irrational and unfair thing to talk so openly about.  I am fearful that people reading this will think I am being unreasonable and selfish; that I am bitter and cruel for finding this situation so painful.

And maybe I am.

But I made a promise to myself when I started writing this blog that I needed to be frank and honest.  Writing will only help me if I can talk openly about the anger, the hurt and the shame.  Writing will only help others if I give a true account of how bloody difficult life after loss is, even without being hit with additional curveballs.  Unfortunately, I am not able to resolve the intense hurt and anger I feel right now.  I’m not sure I ever will.  But if I am completely honest, I don’t know anything about how life after losing Orla will pan out.  I know that even with parents who haven’t lost their babies, names can become very territorial.  However, when you have lost your child and you have absolutely no other opportunities to make any more memories with them; when the only memories you make are writing their name anywhere you can and speaking their name at every opportunity, knowing that another baby with the same name will grow so closely in a world where our Orla should have grown is sadly the ultimate reminder of how painful life will always continue to be without her.

Today I have realised that I am still vulnerable and I am still broken.  I will piece myself back together again, but I am aware that I need to take it easy, that life is unpredictable and things that maybe would have seemed small in my old life will hurt more than I ever imagined they could. 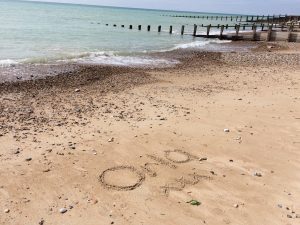 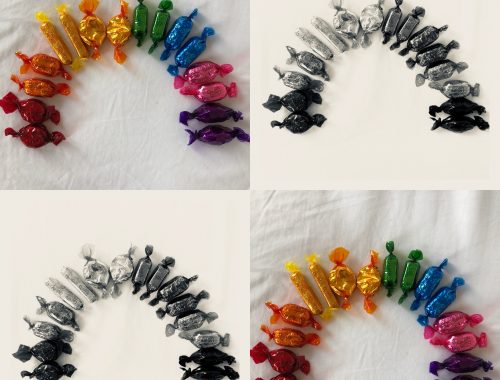 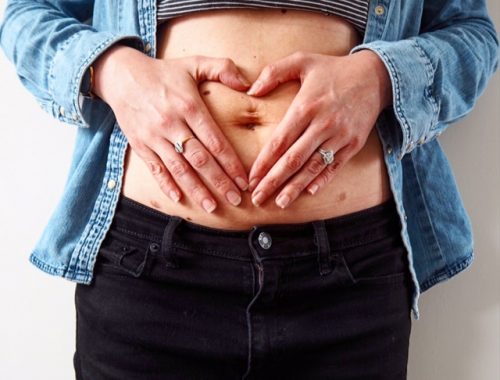 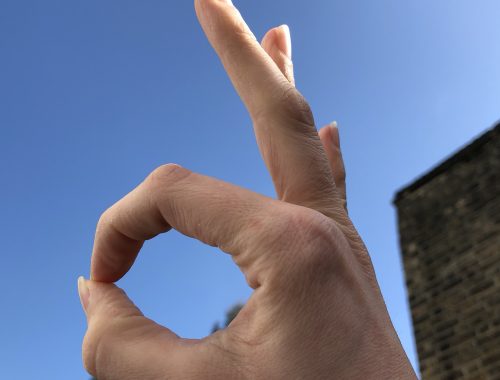 To my rainbow babies…

September 24, 2019
We use a small number of cookies to give you the best experience of our website. If you continue to view our site we'll assume that you are happy to receive these cookies