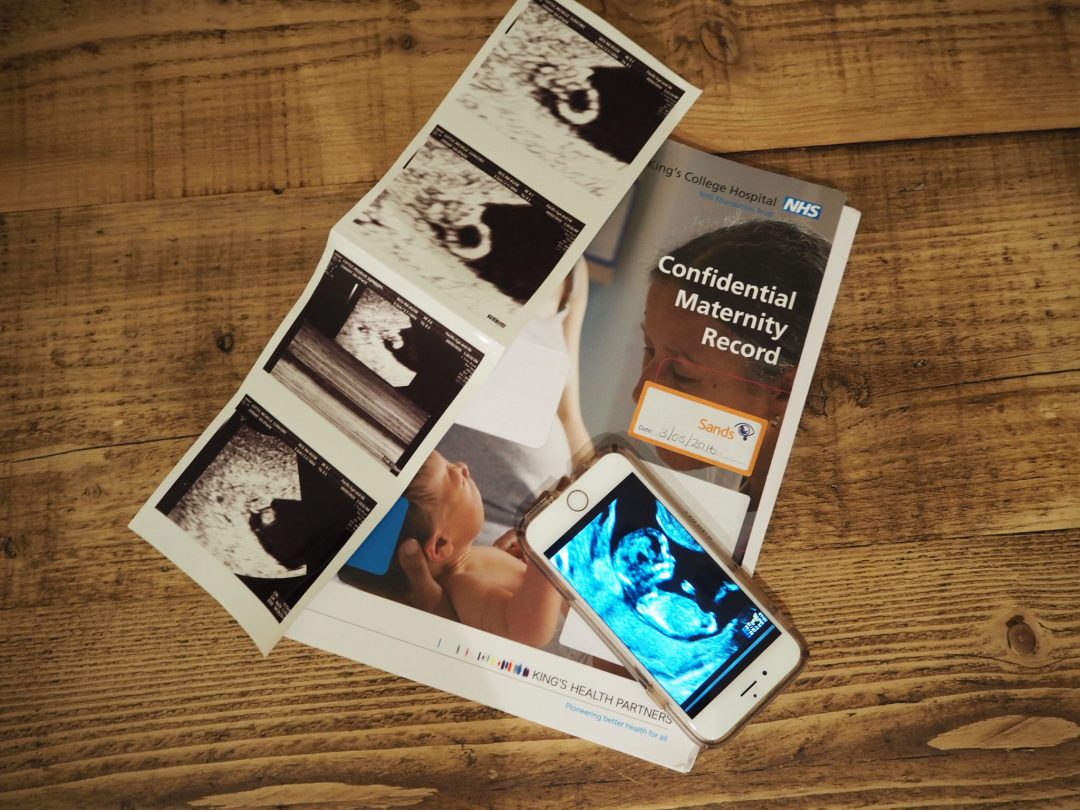 Looking back at my diary entries from this time seems like a lifetime ago; this pregnancy has moved incredibly slowly for me: each week, day, sometimes hour, feeling like a lifetime.  However, what I do remember of the first trimester was the safety of the secret bubble.  Only Andy, myself and our midwife knew that we were expecting baby number two, so the only pressure we felt was from ourselves and our own internal dialogues of anxiety.  We were away in a foreign country, undertaking an epic adventure in Orla’s memory with Andy cycling the length of the Pacific Coast of America and me driving as his support vehicle.  Each day was busy, offering much needed distraction and we had no one else to worry about.
However, I feel that I am also viewing this period with rose tinted spectacles, since as time has progressed, I have found pregnancy after loss to get harder and harder with each milestone reached and the next set in front of me.  The first trimester was tough; for example, I wouldn’t recommend driving 4000 miles when suffering with pregnancy nausea and tiredness (there were lots of stop offs at scenic viewpoints for a bit of dry heaving and then napping over the steering wheel).  I also found the lack of access to the food I wanted when I wanted, as well as the rest of my home comforts, incredibly difficult.
Since the outset, the overriding theme of pregnancy after loss has been one of anxiety, which was there from the moment that I saw those lines appear on the test.  This anxiety has been persistent, and at times all encompassing.  It is always there in the background, but will reach various peaks and be triggered by the most unexpected of things.  Small events and decisions even then would send me into a tailspin, and my capacity for rational thought went out of the window.  Examples of such meltdowns included:

Then came the drama trying to organise an early scan.  Once you have had an ectopic pregnancy, your risk of a repeated one is increased, and it is therefore advised that you have an early scan at around 6 – 7 weeks to ensure implantation has occurred in the right place.  This in itself is pretty scary, but add the loss of your first child into the mix and you don’t want to take any chances.  My mind was full of images of this happening again and losing my one remaining tube.  I had assumed that with healthcare being private in the States that it would be pretty easy to organise: much the same as an NHS walk in Early Pregnancy Unit, just with a hefty price tag at the end.  But sadly not.  Initially I couldn’t find anywhere that would take me without a referral from my primary care provider, which of course I couldn’t get without being a resident.  This probably constituted my first epic breakdown.  Not only that, we were transient, moving from one town and city to the next on a daily basis, so we needed to work out where we were likely to be at the 6-7 week mark.  However, after much toing and froing, terrifying prices quoted, many tears shed and statements of ‘maybe I’ll need to fly home’, I managed to find a place in San Francisco that agreed to see me.
The early scan was performed and I followed the routine almost robotically.  I knew the drill, having been pregnant three times in just over a year: internal scan at this stage with hopeful anticipation of correct location and a heartbeat.  And there it was, flickering away on the screen.  A bittersweet moment of relief, joy and realisation that we had come so far in a very short space of time, yet still had so far to go.
It was at this appointment that I really understood how jarring the word ‘congratulations’ is in pregnancy after loss.  New healthcare professionals with no awareness of the gravity of our loss were keen to offer enthusiastic smiles and outstretched hands to shake.  And this made me want to scream ‘thank-you BUT MY FIRST BABY DIED!’ at the top of my lungs.  It wasn’t their fault that they responded in this way.  And it wasn’t my fault to feel so shocked and hurt.  This is just how it is.  The untainted joy and excitement of pregnancy has been lost and every interaction can result in miscommunication, misunderstanding and a sense of hurt.  Never intentional, but incredibly challenging nonetheless.
Having so many distractions during those first few weeks was in many ways such a blessing.  Yes, there were days that I was alone with my thoughts, driving for hours and waiting for Andy to catch me up on his bike. But I didn’t have to pretend to be normal and I didn’t have the pressures of maintaining a normal day to day routine.  On days that I felt consumed with grief, I could go with that and on the days that I felt so anxious I couldn’t breathe, I went with that.  There were no expectations and no need to put on a brave face.  In many ways, the trip was such a huge task that it helped me to survive those initial weeks.  Moreover, I was so determined to make sure that that time was all about, and all for Orla, that in many ways, I put this pregnancy to the back of my mind.  Despite all of the anxiety, there was a tentative hope that we would get to bring this baby home, so it felt right to ensure that the trip was focussed on Orla. 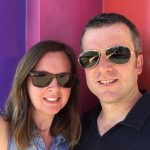 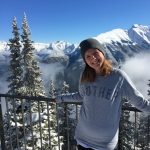 We flew home around the 12-week mark and went for our nuchal scan two days later, organised by our wonderful midwife.  We arrived at the centre, fresh notes in hand with the Sands sticker announcing our status as bereaved parents, in the hope that those looking after us would take the time to read our history.  The last time we had been at that centre was at Orla’s 36-week ultrasound.  We had come away from that feeling so excited and relieved; she had moved from breech to head down and we truly believed that we were so close to meeting our precious much loved baby.  And we were I guess, since she was born exactly one week later.  Except she was silent and still.
Despite having seen a baby forming just 6 weeks before, there remained a fear that the screen would be empty.  Yet, there they were jumping around and measuring at 13 weeks exactly.  I lay there and cried.  Tears of relief, of happiness but also of sadness.  Sadness that Orla never made it and that we would never see her wriggling around beyond those precious scans we had with her.  Sadness that the untainted joy of seeing your baby on a screen, in fact of pregnancy overall, had been taken away from us.
Everyone was happy with the checks and measurements and the sonographer filled in the paperwork for us to book further scans at 21, 28, 32 and 36 weeks.  And then off we went, with an expectation that we needed to announce to the world our happy news. 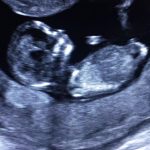 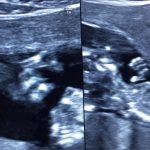 Yet, I just wanted to stay in our bubble.  I didn’t want to tell anyone through fear of managing the joy and expectation of others.  The internal pressure of pregnancy after loss is so heavy without managing the hope of others.  And although I know this is all well intentioned, it is yet another thing to carry and navigate.  But I knew this wasn’t possible, or fair, so we broke the news gradually over the next couple of weeks.
The stress that this created in me was so overwhelming that I ended by bed ridden with a migraine and vomiting for two days.  I knew that I had been feeling hesitant, but I hadn’t anticipated how much anxiety I had been holding.  But I guess announcing a pregnancy after loss isn’t as straightforward as just ‘making an announcement’: you feel as though you need to do lots of ground work in preparing people and telling them what you need.  Everything is pre-empted with caution and tentativeness, trying to buffer between their joy and relief and your own fear.  There was a desire to temper their reactions and to show that this did not mean that we were over the loss of Orla, nor that we were no longer grieving.  We repeatedly used statements such as:

And this was exhausting.
Then there was the fear of hurting other people who have also lost babies and those continuing to try to conceive.  Fear of being rejected or abandoned and misunderstood even within your new community of support.
However, the first hurdles were navigated and we survived.  We were one trimester closer to our hopes of bringing a baby home and despite the pain, distress and crippling fear, for this we were, and continue to be, incredibly grateful. 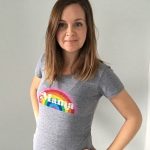 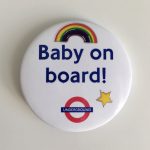 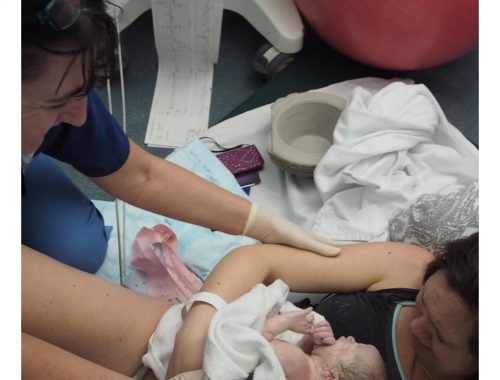 A tale of two births 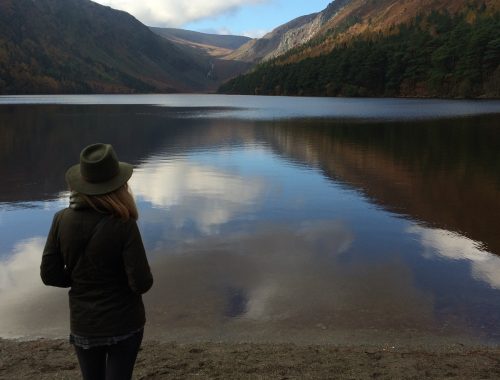 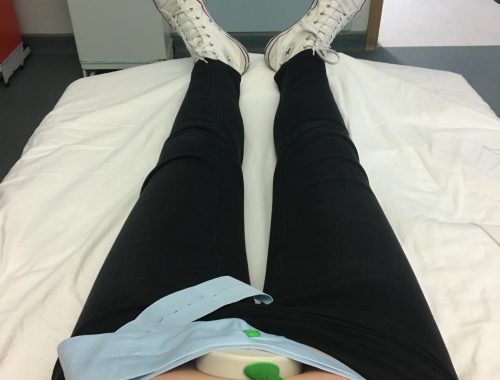 Learning to ask for help