Making sense of the reactions of others: The magical mystery of mentalizing 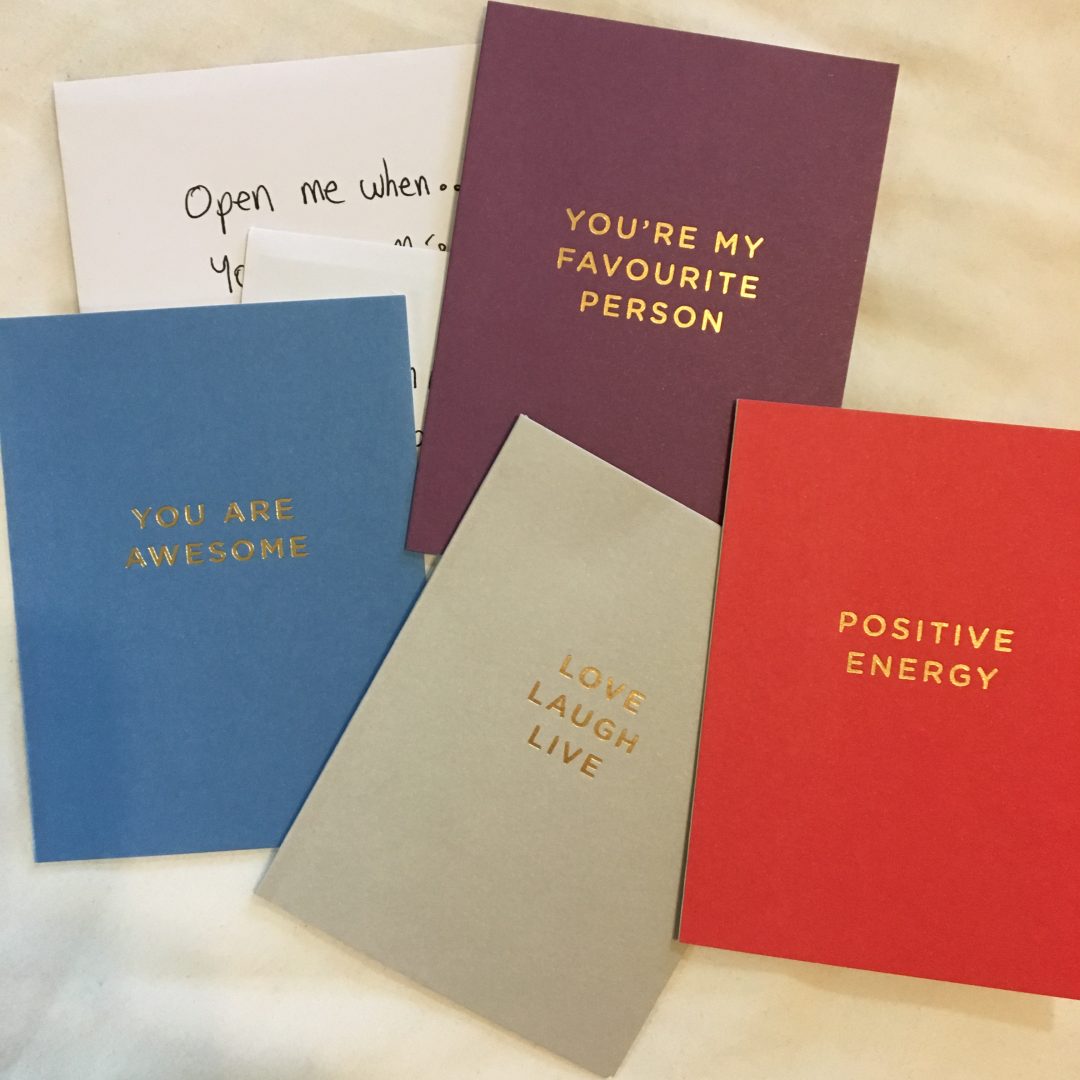 Something that has really struck me the most since losing Orla is the huge impact that the reactions of others can have on you and your grieving journey.  I am grateful to say that this has been predominantly positive; but I have also been surprised by how some words and actions have been painful in ways that I had never before imagined.  In fact, the responses of others can be utterly devastating at a time when you are feeling at your most vulnerable.  As humans, we always seek to understand why someone responds in a certain way: what are their intentions and what do they hope to achieve?  We want to make sense, to put their actions into a box, so that we in turn can know how we should react both in terms of how we feel and what we do.

Yet this is actually a hell of a lot more difficult than it sounds.  Once our own emotions are triggered and our buttons are pressed, our ability to hold an open mind in understanding others is diminished.  We lose our own ability to mentalize. Mentalization is the one psychological model that I think has helped me the most in navigating life whilst grieving.  It hasn’t fixed things or taken away the pain, but it has enabled me to (sometimes, not always) take a position of curiosity rather than being completely overwhelmed by hurt and anger.

So, what is mentalizing?  It’s not a new concept at all, more a term to bring together our understanding of how we make sense of ourselves and others.  It is a form of imaginative activity that we do to try to understand a person’s behaviour by attributing intention to that behaviour – i.e. that they did what they did based on a need, a desire, a feeling, a belief or a goal.  It is us trying to work out the reason for that behaviour occurring.  This is much more than just empathy – it is a huge range of cognitive and emotional processes all rolled into one.

This is happening all the time, both implicitly and explicitly; we are not always consciously aware of this process, often until something happens that leads to an intensified emotional reaction within ourselves.  For example, we may see someone in a shop being irritable or snappy with the cashier, and because it isn’t directed at us, we might be able to hold an open mind about what actually happened (e.g. ‘he’s had a bad day’, ‘the cashier was a bit rude to him first’, ‘this is the third time he has had to return a product to this store’).  However, what if the person was rude to you?  What if they raised their voice at you, pushed past you and didn’t say sorry?  Would you still have the same thoughts?  Or would you be more inclined to think ‘he’s a nasty person’, ‘he did that on purpose to wind me up’, he doesn’t care about anyone else but himself’.  All of these things may be true, but we struggle to hold an open mind when we ourselves are feeling hurt, angry, shocked or embarrassed.

Mentalization is the ability to understand ourselves from the outside (how other people may view us, how our actions impact on how they think and feel) as well as the ability to see others from the inside (i.e. to imagine what they may be thinking or feelings that is driving their own behaviour).  This means that it is central to all human communication.

Mentalizing is a skill, a mental muscle that we have to train and strengthen.  Some people have greater capacity to mentalize than others; some people struggle with this a lot.  I won’t go into how we develop this skill, but in essence this is something we learn through our own attachment relationships when we are growing up.  But it is a skill that we continue to learn and grow all through our lives.  If we want to that is.  It does however take a level of curiosity and interest in others; a desire to understand that we all have our own thoughts and emotional responses to situations.  And that these are likely to be very different.  It is an awareness that we can never truly know what is in the mind of others unless they tell us.  Our minds are opaque, and unless we are explicitly told by the other person what their thoughts or intentions are, we can only make assumptions.

Assumptions are generally okay most of the time; life is so busy and fast paced that it would be impossible (actually, it would be odd) if we were to question the intention behind every single action that people around us take.  The difficulty is when we attribute definitive and concrete absolutes to why someone does something (or doesn’t do something).  ‘They did that on purpose to wind me up’, ‘they are just rude and inconsiderate person’, ‘they don’t care’ are examples of fairly definitive statements as to the intention behind someone’s behaviour.

Now, all of these things may be true to a certain extent, but they are assumptions that we are making in the moment.

The thing is that even the best ‘mentalizers’ in the world will lose the capacity to do this effectively at times of high emotion.  Our ability to think, to understand, to be curious, is often thrown out of the window when we are feeling intense emotions.  We need to bring our own emotions to a manageable level before we can even start to wonder about what the intention was behind someone else’s behaviour.  It is not a skill that can be undertaken when feeling intense sadness, anger, guilt or shame.

Which brings me back to loss and grief.  In grief, all we want is to be understood: for people to just ‘get it’, to be kind and compassionate, to say and do exactly what we need at exactly the time we need it.  And luckily there are many people who can do this, people who have a capacity to empathise, to mentalize and just get it ‘right’.  But sometimes people don’t.  They say things or act in ways that seem to be hurtful inconsiderate and un-thinking.  They may appear not to care about our feelings.  They may say things that seem so harsh that you wonder if they are just downright horrible.  Or they seem so indifferent to your suffering that you wonder if they are dead inside.  Alternatively, they are so overwhelmed with how they feel about the situation, that they are unable to put that aside and think about you, the person closest to the loss or trauma.

Grief, particularly in the early days, is all-consuming.  Your ability to think beyond how you will survive the next 5 minutes is almost zero.  Therefore, your ability to think of others and what they need is pretty much decimated.  You need people to do the thinking for you, you need them to know what you need, or at least to take the time and effort to check out what that might be by giving options.  And you need them to be able to manage the chaos when you change your mind frequently.  You cannot, and should not, be expected to be the one doing the mentalizing at this time.  However, this isn’t always possible.  Sometimes those around us have lost their capacity to think, to mentalize, because their own emotions are all over the place.  Or they just don’t have a well refined ‘mentalizing muscle’, so they struggle to understand other people and what they need.  They may think they know what is right in this situation.  Or they may struggle with the confidence to check things out because they are so sacred of getting it wrong.

Now, understanding this doesn’t take away the pain.  It doesn’t make me feel better about those times that things have been said and done that have hurt.  But it does give me a language in my own mind to try to understand why those things have happened.  It has helped to stop me from judging them as ‘bad people’ or writing them off completely.  It has helped me to stop and think a bit more before deciding that actually I would be better off not having them around me or in my life right now, rather than this being based on a knee jerk reaction.  It has taught me to take time, to wait until I feel less emotionally distressed, before addressing a situation.

And it has also shown me that I also struggle to mentalize when faced with situations that are emotionally incredibly painful.  That I too lose my ability to mentalize, my capacity to understand other people’s perspectives.  Having this model in my mind does not make me a zen, all accepting, all understanding being.  I am still completely human, and sometimes completely irrational, in my responses.  Until I can regain my composure and my ability to start to mentalize again.

I have learned that mentalizing isn’t a thing that you either have or don’t – it is a skill to be refined, to exercise and to grow.  Your ability to ‘do it’ depends on your own emotional state.  I have also learned that in the spirit of knowing that my own mind isn’t opaque, I need to explicitly communicate to others what I think, feel and need rather than expecting them to just know.  It has taught me to embrace honestly – honesty to myself and to others.  To begin learn ways of communicating this that isn’t fuelled with anger or criticism and to understand when people can’t understand this.

And I guess sadly, it has also taught me that some people will always struggle with this.  They may never be able to mentalize in the way that I want and need – and that I may need to learn to accept this and find a way in which to live alongside this acceptance. 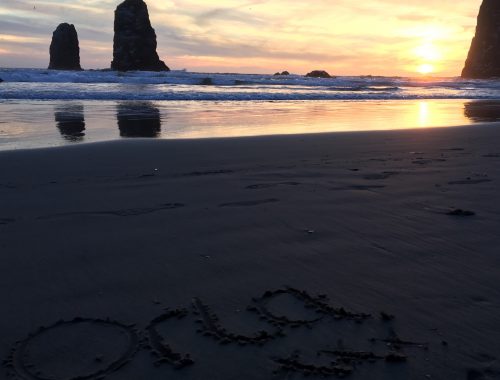 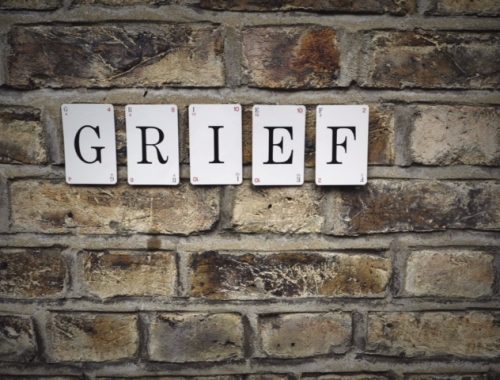 Grief from the other side of the couch * 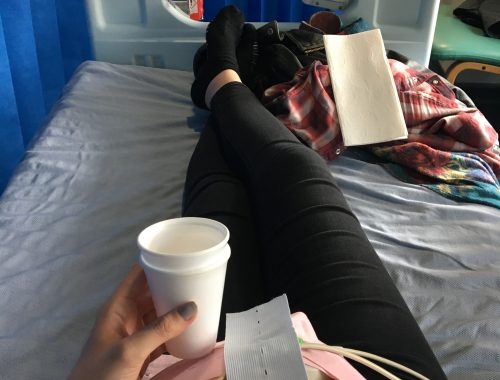