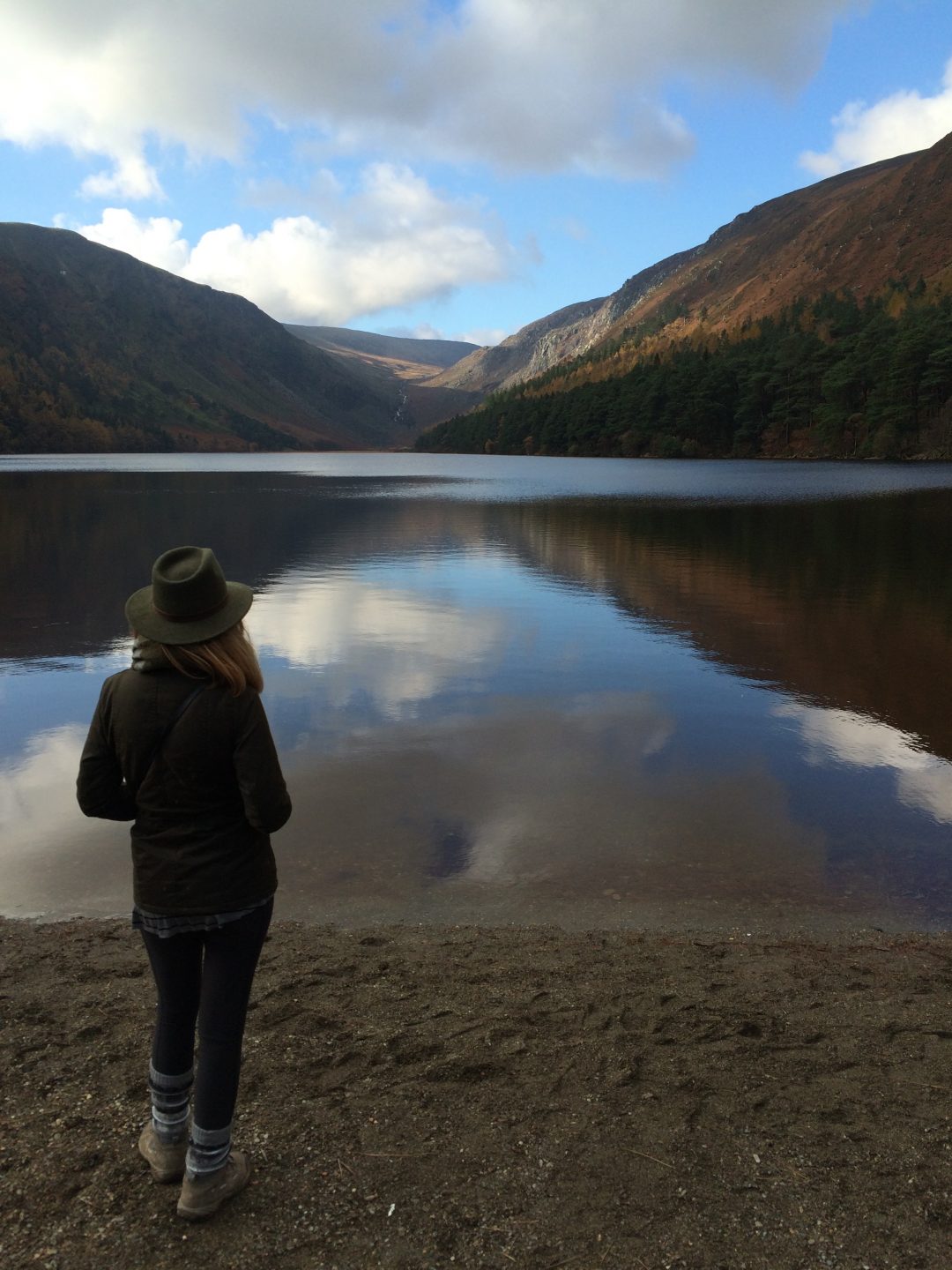 I am aware that I haven’t ever written about my first loss, yet I have found my mind contemplating this a lot over the last few weeks.  Long days of driving alone have allowed my mind to meander through a number of events and as it is Baby Loss Awareness Week, it felt right to write something now.  I’m also aware that I haven’t read many accounts of ectopic pregnancies before, which is interesting seeing as this is the outcome for 1/100 pregnancies.  Not all end in the way that mind did, as some are caught earlier and can be managed less invasively.  But for me, I was suddenly made aware of the many dangers, some life threatening, that women can face on their journey to motherhood.

It was a Monday morning when I started bleeding.  We had been trying for a baby for four months and I had just finished my period the week before; no baby this month.  I called the GP in a bit of a panic as I was feeling unwell and shocked by the heavy unexpected flow.  She was blunt and to the point – ‘the last time someone described these symptoms to me, they were pregnant’.  I responded by asking if this meant that I would be miscarrying and she curtly replied that this was ‘a possible theory’ and that I should come in and see her that evening.

I stayed at work, but felt progressively worse throughout the day.  I joked with colleagues that I needed them to wheel me to the bathroom in my chair as I was struggling to walk.  But the thought of going home and being stuck with my own thoughts was unbearable, so I chose to stay.  I toyed with the idea of getting a taxi home, but then decided that I’d be okay with the train.  I lugged two laptops in my rucksack, somehow knowing that I wouldn’t be in work the next day and walked very slowly between the station and home.

When I arrived at the GP surgery, she exclaimed that at least I’d calmed down.  I was in too much pain to argue with her or explain how scared I was.  She disappeared behind me with my sample while I breathed through my pain; by this point my stomach had changed into a strange cone shape which I later discovered was as a result of me bleeding into my stomach cavity.  She appeared over my shoulder with two positive pregnancy tests calming stating ‘well you’re pregnant’ before returning to her computer to type out a referral to the Early Pregnancy Unit (EPU) for the following day.  ‘Get there for 8am and wait in line; if things get worse overnight then go to A&E.  If everything works out remember that this isn’t your booking appointment – you need to come back’.  And off I went with my two positive tests feeling as though I had just been slapped in the face.

Waiting for Andy to come home was excruciating.  I broke the news, allowing myself to feel a glimmer of excitement, but deep down we both knew in our hearts that something terrible was wrong.  I continued to bleed and lie curled up in agony on the sofa all evening before trying to go to bed.  It was impossible to sleep and I lay awake crying and writhing around, desperately trying to get comfortable.  But I was still conscious, so surely this wasn’t bad enough to go to A&E?

The next day I couldn’t walk.  We had to drive the short distance to the hospital and I rolled out of the car and up to the EPU, dutifully collected my ticket and sat down to wait.  Head between my legs, trying to remain in control but feeling as though I was dying.  Three and half hours later I was called in and the first scan began.  No baby.  The scan continued, I cried in pain.  Maybe it’s just too early to see a baby?  More pain, more tears.  A dark mass on my left side.  Maybe this is just a cyst or where you ovulated from.  We could wait a few days and see.  The consultant called in for a second opinion.  Another scan.  Then confirmation: ‘I’m really sorry, this is an ectopic pregnancy and this mass is internal bleeding’.  Suddenly the mood in the room changed.  I am sat in a seat having my blood taken and being asked when I last ate.  Calls are being made to the theatre team, ensuring that I am put at the top of the list for that day.  Suddenly I am observing the process that is emergency surgery in the NHS.  The one that exists to save lives.

We were put in the quiet room in the EPU as there were no beds on the ward.  A woman came in, sat next to us and started breastfeeding her newborn baby.  I was in too much shock and pain to complain at the inappropriateness of being exposed to this, knowing that my baby was going to die that day before it killed me.  Time passed and still no beds were available.  The surgeon came down to talk to us there and explained the procedure; keyhole surgery, three incisions, removal of the baby and probably my left fallopian tube, removal of the internal bleeding, quick check of my right tube and dissolvable stiches.  He informed me of the impact on my fertility with a helpful diagram.  The anaesthetist came and fitted my cannula.  A nursing assistant helped me into my gown and surgical stockings.  And then I was wheeled out on a bed, through the waiting area of the EPU where I had been just a couple of hours before, down to theatre.

Andy was given all my belongings to take with him as I had no ward bed.  Every item of clothing, jewellery, purse, phone and keys.  The fresh polish on my toes was crudely removed and I was checked one final time before being taken into the prep room.  The kindness of the anaesthetist made me cry and I was suddenly aware of the gravity of the situation.

I woke in recovery feeling numb and disconnected.  I was checked for bleeding and given morphine regularly.  Eventually a bed on the ward was found and I was transferred.  The surgeon visited and explained that everything had gone to plan: left tube removed and internal bleeding drained.  I asked when I could go back to work and he said that I should take the rest of the week off but should be fine by Monday.  My stitches would dissolve and there would be no need for follow up.  He explained that the bloating was due to the air they needed to pump in to see what they are doing during surgery.    I was advised to wait one cycle before trying again and that I would always require an early scan as my risk of a repeat ectopic was increased.  He was kind and professional, but it all felt so clinical – as though I had just had an appendix removed rather than losing a much wanted baby and being left with compromised fertility.

I lay awake most of the night, sending emails to work to rearrange appointments and googling ectopic pregnancies.  How many people went on to have another?  How much later did other people have successful pregnancies?  I was discharged the following day, looking six months pregnant.  I was sore physically and emotionally.

Monday came and I realised that I was still bleeding too heavily to return to work, so I worked from home.  By Friday, it hadn’t improved, but I had appointments I couldn’t miss, so travelled very slowly after rush hour, did what I had to do and left.  By chance, the following week we had a holiday booked to Cornwall so I was able to spend some time recovering away from home.  And then that was it – back to work, back to normal as if nothing had ever happened.

I did not go back to the GP and was never contacted by anyone for any aftercare or follow up.  None of my friends at the time had experienced a miscarriage so I had no one to talk to.  No one understood or could offer any advice.  I didn’t realise that you were allowed to feel sad about losing a baby before you got to see it.  I thought that everyone just got on with life and accepted it as ‘one of those things’.  It wasn’t spoken about.  I didn’t realise that there was a community of women out there who had also experienced loss.  I didn’t know that a baby after loss is called a rainbow.  It took me losing Orla at 37 weeks, just over a year later, to understand that I could feel sad and that this was okay.  But by this time I had nothing more to give.  All my love, my pain, my grief has been consumed with Orla and I almost feel guilty sharing any of that with this first pregnancy.  I look at other people who mourn the loss of their baby early in pregnancy and I feel guilty that I don’t feel the same about mine.  But maybe it was because I wasn’t given permission to at the time, and now the loss of Orla, so suddenly and so close to her due date has completely and utterly engulfed me.

I sometimes think that this loss could have killed me physically, yet Orla’s death almost killed me emotionally.  With time, I hope that I can find a way to honour and acknowledge this baby.  They existed, even if momentarily and they deserve to be remembered in the story of my life. 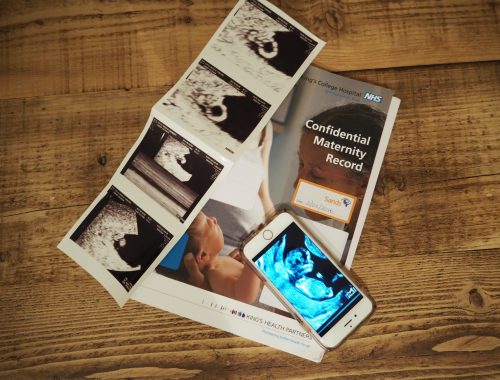