Letters To The Other Chair

Baby Loss Awareness Week aims to raise awareness about the key issues affecting those who have experienced pregnancy loss or baby death in the UK.  For some, this may be educating about the long-term impact of grief, or helping others to know what to say and do if they know someone who has lost a baby.  But it is also about helping to educate and empower people so that fewer babies die: sharing research and practices that we know can reduce risks.

Yet sometimes it can be hard to hear these things.  As someone who has lost a baby, hearing of new (or old) research can be painful and trigger intense feelings of guilt and shame.  And on the flipside, hearing of people who disagree with such findings can lead to all sorts of complex emotions.  Of course, everyone is entitled to their own opinions – but as someone who has lost a baby, and who knows that it can and does happen more than it needs to, it can feel like a kick in the teeth.

Farrah lost her son from Sudden Infant Death Syndrome (SIDS) and in this powerful letter, she wants to let others know the impact of not following safe sleep advice can have.  This isn’t about debating what the evidence does or does not say; it is about the impact that loss from SIDS can have.

Farrah is 25 and her firstborn, her son Ezra, passed away from SIDS at nine and a half weeks old.  Farrah says:

“We do a lot of things, as parents, to ensure the safety of our children, we worry whether they’re too hot, or too cold, whether we should pump and dump after a few drinks, but the one thing that I find lacking, and yet vital, is safe sleep”

You can find Farrah here and on Instagram at @somethingrosier

When you encourage what you do, my stomach falls away. You justify it so strongly. Is that because inside you know you shouldn’t be doing it? Or is it because you think that the disapproving are wrong? I understand it, the primitive need for the baby to be close to the mother, I also understand that they do it all the time in Japan and Africa. I understand that our ancestors did it all the time. I understand that animals do it. It’s a mother’s instinct, right? Does that mean that the bereaved are lacking in this crucial skill? I have heard every justification under the sun. I understand that sometimes your baby just will not sleep otherwise, and who is anyone to deny you your sleep alongside?

So before I continue, be aware that I do understand. I just don’t agree. I have listened and I have understood and I beg you grant me the same respect.

There are so many ways a baby can die, during pregnancy and beyond, but this is one of the few where you spend the rest of your life knowing that there is a very real possibility that it was your fault, and that it was avoidable.

I don’t want that for you. 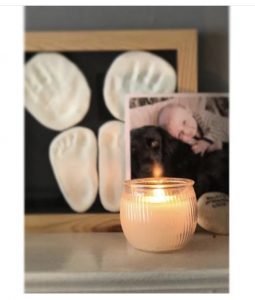 My son died of SIDS. The first funeral I had ever organised, ever been to as an adult, was for my own child. SIDS is rare. Perhaps 200 deaths a year. You would be right in saying that bed-sharing does not cause SIDS, but it is a leading factor of correlation. Correlation and possible causes are all we have. Smoking does not guarantee lung cancer, but it is a very real possibility. Bed-sharing does not cause death, though rare it is a very real possibility, just ask one of those 200. In pregnancy, if your baby stops moving you don’t ignore it. You wouldn’t tell someone else to ignore it. In my mind, and those who have suffered the same or similar losses, it might as well be the same thing.

I am not here to tell you, again, not to do it, I’m here to ask you not to tell others to. I’m here to ask you not to use your anecdotes as fact, to give information alongside opinion. To imagine the death of your child is something that you don’t want to do, and frankly it’s something you cannot do, the grief, the sadness, the emptiness, it is out of the grasp of those who have not suffered it. It is infinitely worse than your mind can muster up, in the name of self-preservation it won’t allow you to feel it. In fact, the same thing happens to us thinking back, details are blurred by shock.

I often say that complacency kills. When you think baby is “more robust”, and the duvet creeps back in, the pillows.

Thing is, even if you do it in a way that is least dangerous, you cannot guarantee that those who follow your encouragement will do the same thing. It is not your job, I’ll concede, to teach, but it is your job to ensure you aren’t purposely spreading misinformation.

I don’t want to be that person all the time, it physically affects me, us, to ignore it, but sometimes the fight is just too draining. Safe sleep is important, at times life or death.

In Portuguese we say “vai com cuidado” which means “Go with care”. So I’ll leave you with that. Go, with care. 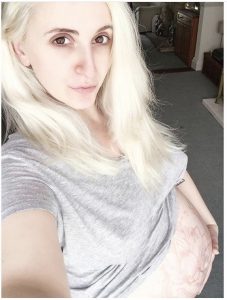 If you want to find out more about safe sleep, please head over to the Lullaby Trust where they offer a wealth of information and support. 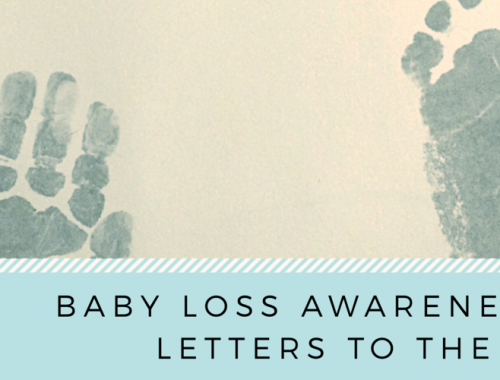 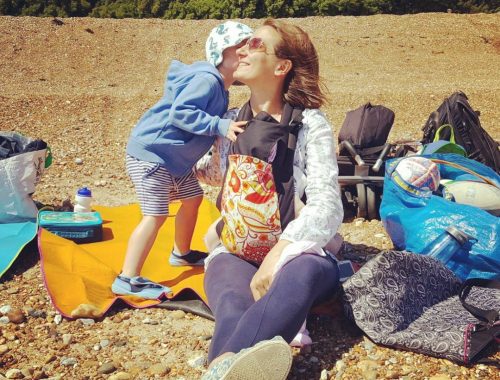 To my rainbow babies…