And then she was one 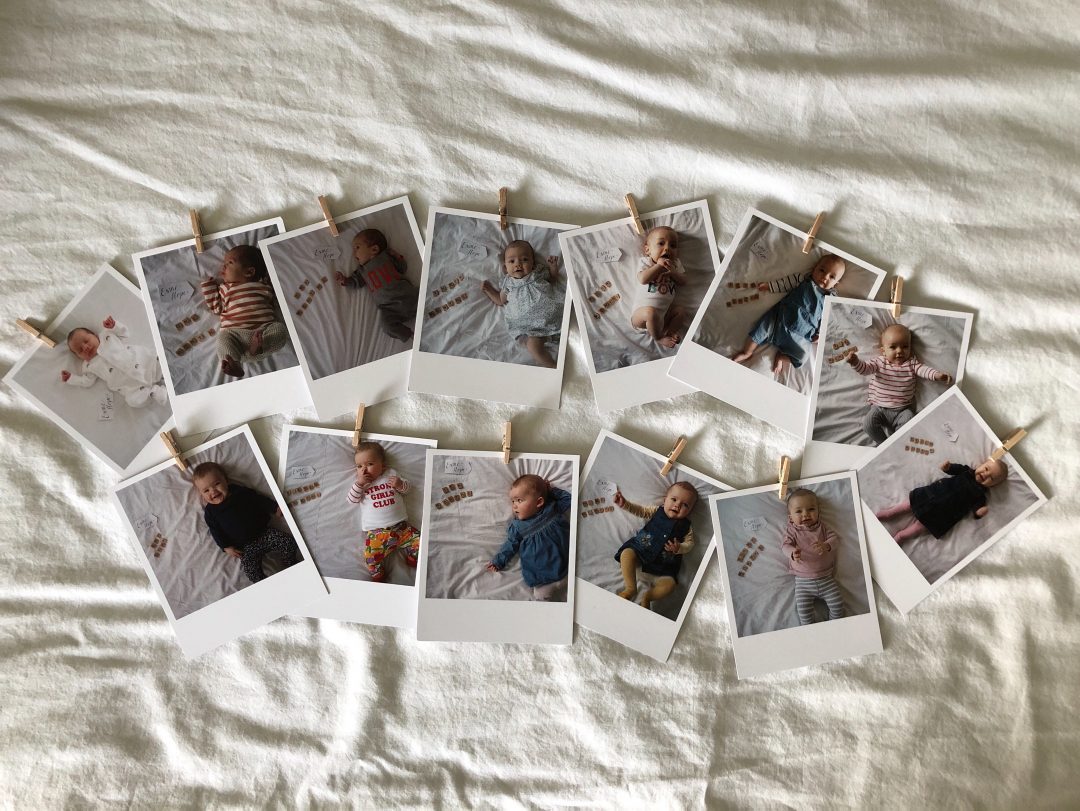 Except, when I really think about it, it wasn’t ‘just like that’ at all.  The first year of parenting after loss has been a complete rollercoaster; a Big Dipper, with the highest of highs and the lowest of lows and one that I have desperately wanted to escape at times.  Because, despite what I had hoped, having a take home baby did not fix everything. It did not take away my pain.  It just made the hardest job in the world that much more complicated.

Parenting a live baby has changed me.  I am not the person I once was, and at the same time, I have come to accept that I am not parent I thought I would be.  It has shattered my sense of self and I am slowly piecing the shards back together and getting to know the cracks that exist in between them.  Some of those crevices have been deep, dark and quite unnerving to expose myself to, whilst others have acted as a prism and shone the full spectrum of colours.

I thought that when Orla died that I was well and truly broken, but looking back, I had just built up an even stronger wall than I had before.  My own emotions have always scared me and I have run from them; finding solutions or ways in which to numb the pain.  Working harder.  Finding another project.  I would bounce from one thing to another as a way of blocking out what was really troubling me, because I feared that my emotions would destroy me.  I couldn’t trust that anyone else could hold them; the terror that they would either become overwhelmed by them or would reject me was paralysing.  So, I denied that they existed and continued to build my armour of strategies, that enabled me to run away from pain. END_OF_DOCUMENT_TOKEN_TO_BE_REPLACED

April 17, 2018 by From The Other Chair
Mental health and wellbeing, Uncategorised

Help…..I need somebody (or something)… 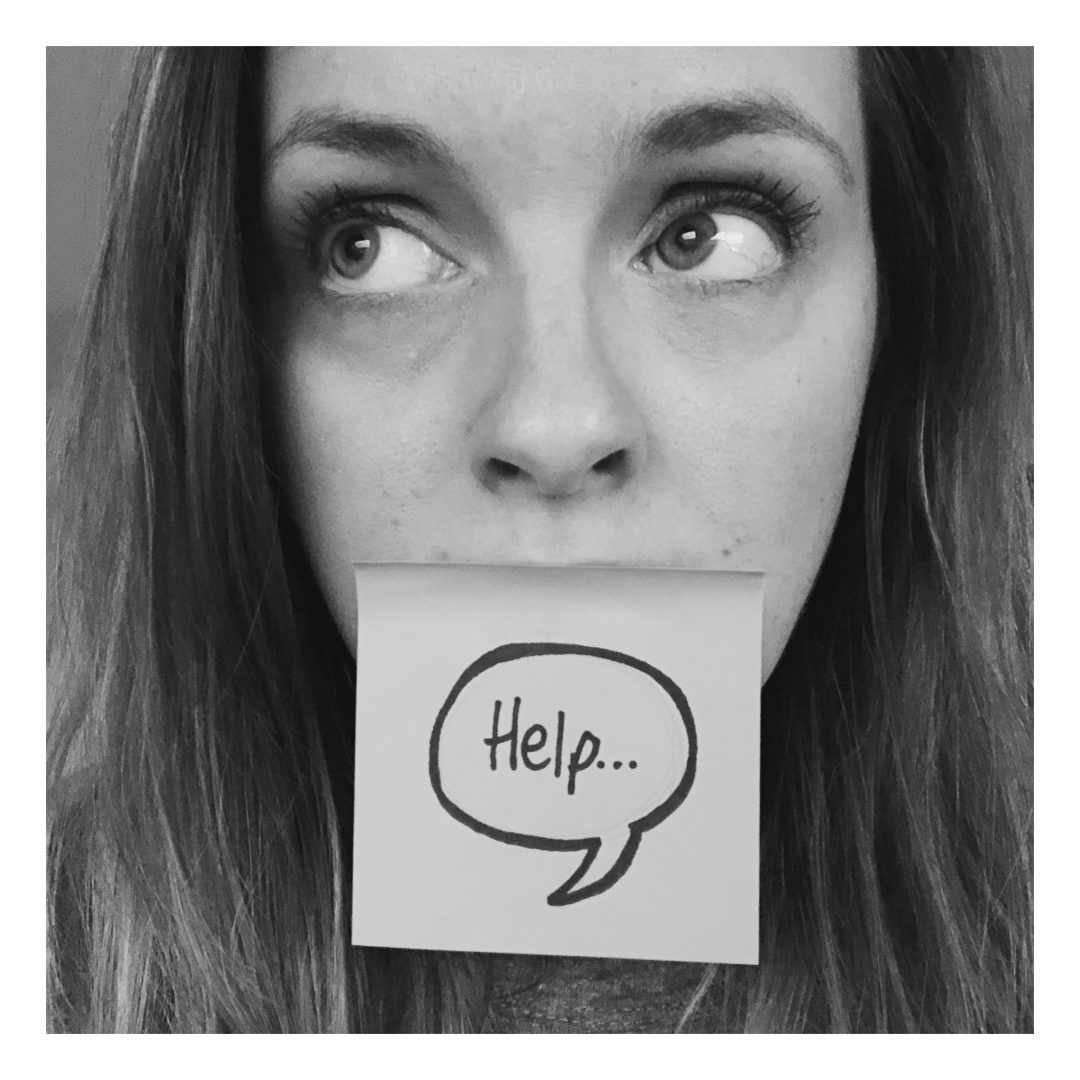 Over the past week or so, I have seen a few worrying examples online of people asking for help for their mental health and having some really difficult and invalidating experiences.  And whilst psychologists do not take a hippocratic oath, I felt that I couldn’t sit back and say nothing, in case I could share something that might possibly help someone.
My current job involves helping people to find the right mental health support for them as well as training and providing consultation to other non-mental health professionals (e.g. GPs, social workers, housing officers) about how best to support and work with their own clients.  After fifteen years NHS service, working with many clients with a vast range of mental health difficulties in the community as well as in-patient hospitals and prison, I feel I have a good understanding of the help available.
Many of the stories I have read online have reflected what can only be described as poor practice and a clear lack of compassion and understanding.  However I do want to just take this opportunity to say that GPs have an extremely challenging role; many have limited specific training in mental health, despite so many people presenting to them with these difficulties, and mental health services are often over-subscribed with long waiting lists.  This can result in them feeling unsupported and overwhelmed and very unsure as to where to refer their patients.  And although this can never excuse bad practice, I always try and hold this in mind.  So many people present to them with mental health difficulties, and with nowhere to refer these people, it can become a very difficult situation for everyone.  END_OF_DOCUMENT_TOKEN_TO_BE_REPLACED

April 3, 2018 by From The Other Chair
Loss, Mental health and wellbeing 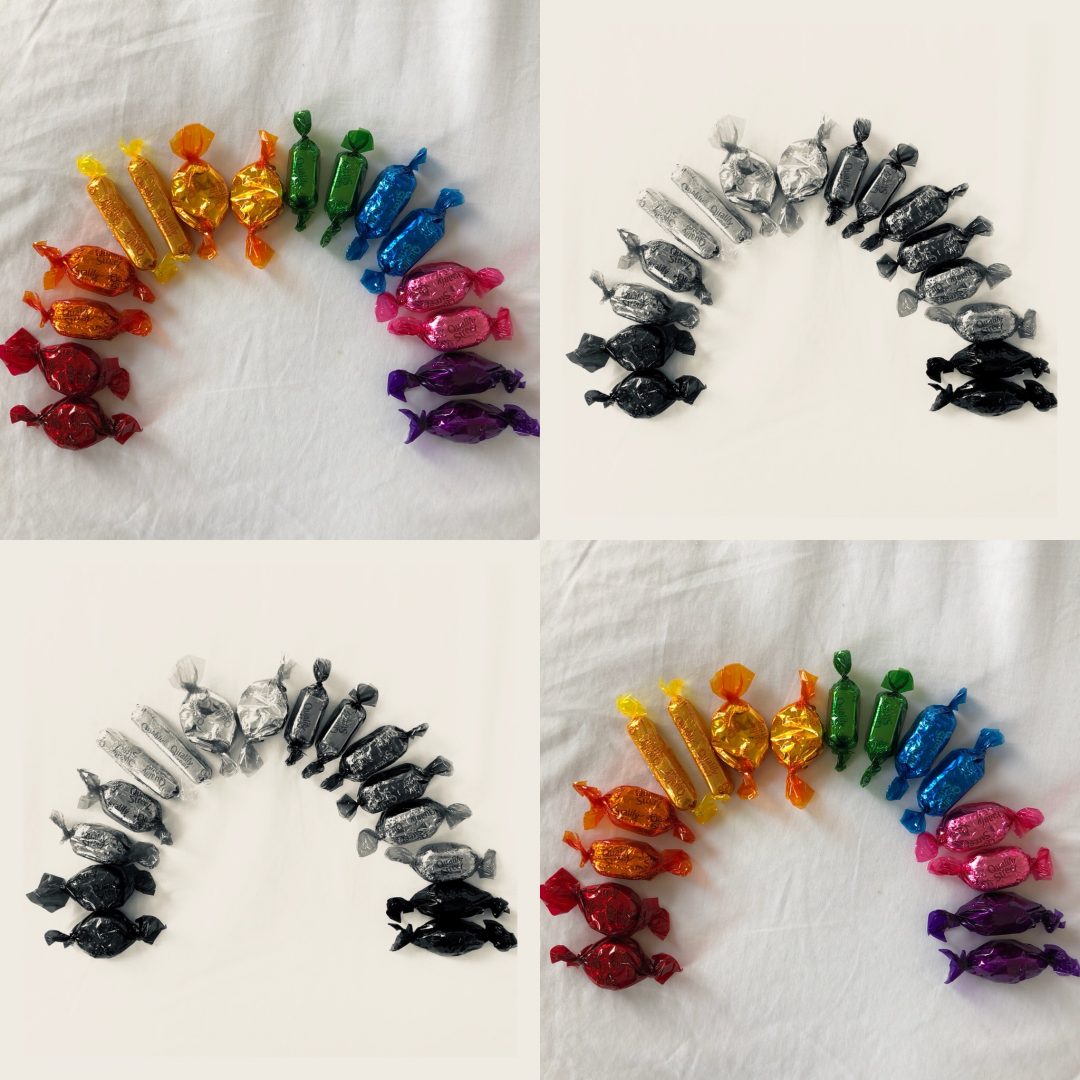 I’m not sure where you even start with a post such as this; it’s hard to know whether there even is a beginning, and I certainly haven’t reached the end yet, so I guess it’s a case of starting from where I am now.

I have been experiencing postnatal depression.

If I’m honest, these are the most challenging, the most shaming and gut wrenching words I have written since Orla died.  They are possibly more riddled with shame because I feel terrified of being judged, blamed and seen as selfish, weak and inferior.  When your baby dies, you know that many people will feel sad for you.  Of course, you fear that there will be a multitude of other thoughts and emotions, but overall, you know that people will feel sadness and regret.  When it comes to mental health however, you can never be so sure.

And when this occurs in the context of parenting a rainbow, the fear of being viewed as ungrateful and unworthy is paralysing.  Which in itself becomes a self-perpetuating cycle of self-loathing and inadequacy.

After Orla died, I became a ‘doer’.  I got up every day, I showered, I cleaned the house – I even cooked (damn you Gusto for signing up a vulnerable heavily pregnant woman who thought she’d spend the first weeks of maternity leave cooking nutritious meals!).  I made keepsakes to treasure memories of Orla, I wrote and set up a blog and we planned our fundraising trip to America.  Three months after Orla died, we flew to Canada.  Two weeks later I feel pregnant.  We spent the first trimester of my pregnancy travelling down the East Coast of the US and then Canada, and when we returned to the UK three months later, I went back to work for five months.  I did yoga, I completed a mindfulness course, I saw friends.  I was coping so well. END_OF_DOCUMENT_TOKEN_TO_BE_REPLACED

January 8, 2018 by From The Other Chair
Loss, Mental health and wellbeing

Regret; the sense of sadness or repentance for having done or not done something.

I carry an overwhelming sense of regret in this life I live after loss, and it is something that can be a heavy burden to bear.  After all, there is no going back, no changing what has been done or not done.  Orla has gone, there is no way of getting her back and no way of making new memories with her physical presence in place of ones that we were not able to do.  Death is final.

There are many things that I feel incredibly proud of, maybe more so in what we have undertaken since Orla died; her letters, the fundraising, the blog.  Yet there are so many things that I wish I could have done differently.  One of the biggest regrets will always be the overwhelming sense that I failed Orla and potentially could have saved her.  This undoubtedly goes further than regret and fast tracks to heart crushing guilt and shame.  This is not just a tinge of sadness or sorrow, this is full blown rage at myself that I can only sometimes allow myself to unleash, through fear of how it will consume me.  This is mum guilt at its absolute extreme: the feeling that I could have, should have, saved her and in not doing so I am not fit to award myself the title of mother.  Mothers protect their children and I somehow allowed mine to die. END_OF_DOCUMENT_TOKEN_TO_BE_REPLACED

October 11, 2017 by From The Other Chair
Loss, Mental health and wellbeing

You are so strong 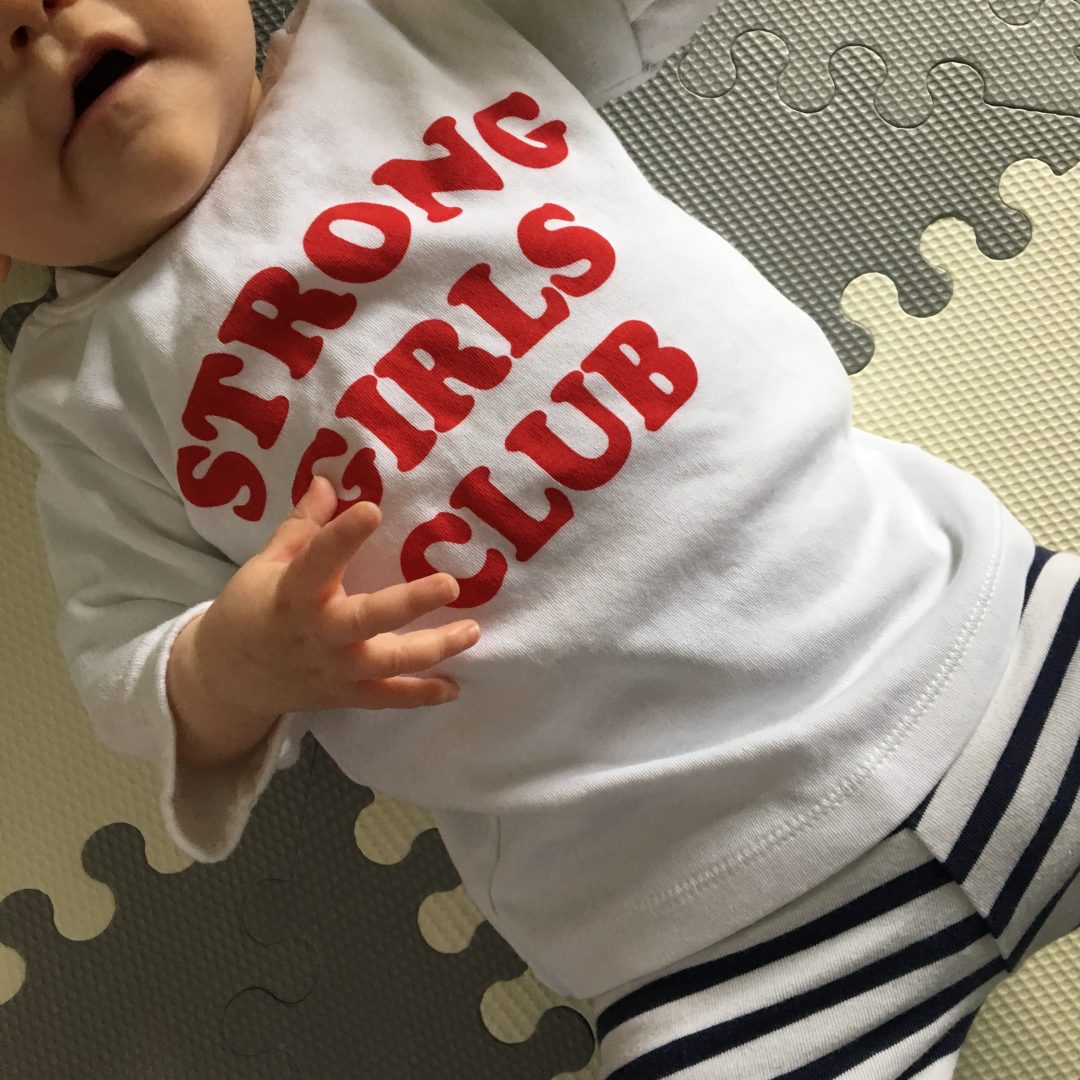 After losing your baby, this is something that many people seem to say: ‘you are so strong’ or ‘I don’t think I could be as strong as you’.  I know this can be frustrating for some people, because being strong isn’t a choice, it is the only way to survive.  Baby loss didn’t choose us because we are strong enough to bear the pain, baby loss does not discriminate and it could happen to anyone.

Yes, you have to be strong when your baby dies, because the pain is intense and all-consuming and you need to learn to live alongside this force.  Every single minute of every single day.  Yet I sometimes worry how this may be perceived by those who have lost a baby – what does it look like?  Does it mean returning to how you were before?  Does it mean going back to work and carrying on as if nothing happened?  Does it mean not needing to seek help for your emotional wellbeing and ‘just carrying on’?  Is it good old British stiff upper lip?

October 10, 2017 by From The Other Chair
Older Posts
Newer Posts